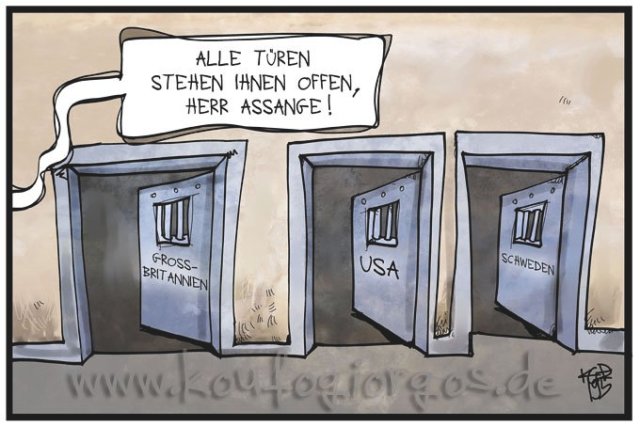 If a state is acting on base of secrets, it’s beyond democracy. Democracy needs informations. People should know, what the states are doing. The Human Rights had been created after the knowledge of the cruel history of mass murderings, committed by the German NS state and it’s horrible secrets.

When Julian Assange left and denied the „embedded journalism“, which is disguising = protecting the crimes of policy – specially in wars – and published the bloody truth of war crimes, he was acting on base of our The Universal Declaration of Human Rights. The Human Rights are protecting humankind in general and are therefore more important than secret plans of a single or two states.

Embedded journalism is a soap opera and tittytainment for the tributaries and slaves of the cleptocratic, ruling class. Their war crimes against the working class are taking place daily on all continents.

The reason: This system was been founded in wars and is destroying our wonderful planet  for business and profit (of the military industrial complex and IT corporations, which are part of the complex) and a few very rich stupid white men.

But let’s have a look on the political form of Western societies: The political rulers, governments are mouth prostitutes and business staff for the profit of the ruling class, but not for the interests of the hard working people. The wars of the system are business too and the encreasing death toll rates calculated. It’s a calculation without any moral or real consciousness. This system capitalism has no rationality, no reason, no plan for humankind. It is a profit generating and war machine.

The Human Rights can exist only in a society, which is caring for and establishing good livelihood for all human beeing, including the former ruling class and their bootlickers.

There’s only to say: Let’s struggle on the base of  WELFARE instead  Warfare! 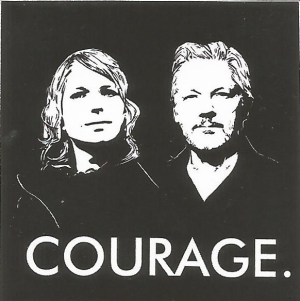 Article 18: „Everyone has the right to freedom of thought, conscience and religion; this right includes freedom to change his religion or belief, and freedom, either alone or in community with others and in public or private, to manifest his religion or belief in teaching, practice, worship and observance.“ They (wikileaks, Manning) were practicing their thoughts and their conscience, isn’t it?

Article 19: „Everyone has the right to freedom of opinion and expression; this right includes freedom to hold opinions without interference and to seek, receive and impart information and ideas through any media and regardless of frontiers.“ So why Assange and whistleblowers are prosecuted?

The reason: Human Rights are handled by the dictors and commanders of this system like bullshit. I don’t forget, who financed the German Nazis and specially Adolf Hitler: One of this stupid rich men was Henry Ford. And it’s still the same system and class, who is destroying the UNO and the best juristic declaration of mankind, which was produced in this system by people who have had another character than the stupdid clepto- and plutocrats  and their „tittytainment“ staff currently. Their their character we can find elements of ethics, human thoughts and behavior.

The system is corrupt and the people inside learn, that smart corruption leads into careers and wealth. The victims are made more and more voiceless.

Let’s rise up for more critical voices to stop this irrational barbary, which I’ve called sometimes „amok rum of patriarchy“ which is accompanied by destruction of this planet (some people call it: Mama Earth) and is running towards a nuclear war.