Are we born free?

Let’s reflect and communicate the concept of „freedom„ 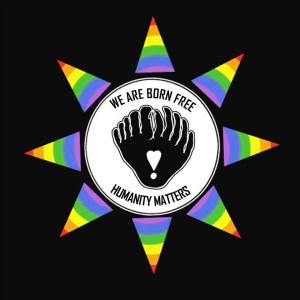 A workshop with this title last Friday in Berlin

When I was invited to the workshop „We are born free! Reflection and empowerment hour„, I thought, this would be very interesting.

I wanted to know more about the concept, definition and essence of „freedom“ from the organisers. This, because I’ve learned, that freedom will begin in the moment, when we as human beings don’t be oppressed, have secure livelihood don’t have to fear natural catastrophes, which will lead into starvation. If we have achieved all, what we need for a good life, we are free.  Therefore I follow the theory of Freedom/Liberty of the communists.

And, because the organizers of this workshop are speaking about birth („We are born free„): If the new born human being is really free, it has to be a child of love, born from a free woman. But as you know, women are oppressed and many of them are victims of rapes or are forced to merry a man, whom they don’t love. And if a raped or oppressed woman has to bear a child, it’s not good for this child, because it’s not really loved and will suffer in its childhood. I’ve learned this from Wilhelm Reich, who has been a scientist of human sexuality and he wrote in one of his books, that satisfaction in sexuality and love is the very important for pregnancy and birth.

BUT: We still are existing in global capitalism and the family of a child is dependent of having money for their livelihood. The family members have to be busy for buying food or tools for subsistence livelihoods. And therefore they have to sell their manpower or they have to work hard in subsistence economy – in many countries in the agriculture sector.  But capitalism is not only a system of exploitation. it is an expropriation system too and therefore land grabbing and wars have destroyed and are still destroying subsistence existences on global level.

About wars: In fact, the book „La férocité blanche. Des non-Blancs aux non-Aryens: génocides occultés de 1492 à nos jours“/“White Barbary“/“Weiße Barbarei“ from Rosa Amelia Plumelle-Uribe is describing the crimes and homicides in history of this patriarchal and capitalistic „civilisation“ and how it became a mass murder system, which is still existing. So how we can be born free inside a civilisation, which is basing on holdup murder?

Today first I have been on the demonstration against the terrible new antimigration laws „Against limitation of the right to asylum! For an open society!„, but I left after a speech of an Afghan man, who said, that „Afganistan“ belongs the Afghan people and people scanded „A-A-Anticapitalista“. I reject any kind of patriotism and nationalism. This, because I know, that the world is occupied and controlled by capitalistic/imperialistc patriarchy and the citizens of every nation don’t are free, if they have dictators or ruling politicians from their own country. We all are occupied and ruled by some Global Player – specially of the military industrial complex – Banks and the security intelligence services.

I used the free time until the workshop would start, going into the AGB, a good library of Berlin – which was on the route of the demonstration – and visited the migration corner. Awesome! I found the book of Patrick Manning: „Migration in World History“. It’s open daily, has free w-lan and you can meet nice people inside. Okay I’m a member of the book generation and I like to communicate with people who are reading books. Today I communicated with all people about the war. Inside the communication I was aware, that all Syrian newcomers never use the term „IS“, but an Arabic word for „Kopfabschneider“/“headcutter“. But more about it in my next blog-article. After some nice conversations with women, I went to the workshop „We are born free?“.

I left it after an introduction from Bansi, because I felt, that I will waste my time and that my definition of freedom/liberty is far away from this ideology.  I’m not a believer, I prefer science. If I  want to be a believer, I would go to a workshop of religious people. Bansi said: „I believe, that we are born free“… In my contact with African people and during conferences in Afrika House, where I met people with plenty of knowledge about former tribes and cultures in Africa, I know, that tribes in former Africa have been matriarchal, matrilinear and women and children much more free than today. For this, please read the researches of „AFRICAN WOMEN IN AFRICAN CIVILIZATION„ of „Africaneye“, which is basing on the investigations of Cheikh Anta Diop. Angela Davis explained in her book: „Sexism and racism“, that patriarchal behaviour, rapes, sexism had been imported in Africa from the colonialists. African women, who I’ve meet some years ago in conferences too, agreed, when I spoke about this matter. But because I love to debate it, I will you present an critic of this researches I will confrontate you with critic of this from Minna Salami, who wrote: „There were no matriarchies in precolonial Africa„. But she wrote too in her article: „Patriarchy was not imported from Europeans. Patriarchy as we know it, perhaps“ and „your history is unwritten„. But we have the tradition of  „Herstory“ and for me Gerda Lerner tried to write it in „The Creation of Patriarchy„.

I think, it would be great to make more researches about it. I found very interesting articles in internet:

Therefore I couldn’t understand, why the workshop didn’t took the subject: „In former times we were (born) free and want to be free again…“ ???

If we follow the ideas of Jean Jacques Rousseau, who argued against religions with „We are born free“ and „the nature of man is good“, we have to consider, that religions were not abolished by the European Enlightenment and didn’t establish social equality for women and African slaves. Olympe de Gouges, a political fighter for the freedom of all human beings (she acted against slavery too ) had been killed by French terrorists.

And because all other uprises of movements – movements in USA, who organized themselves to struggle against the domination and oppression of „Stupid White Man“ or the communist movements, who wanted to establish equality – had been defeated, religions and Human Rights today only are only ideologies/words without reality in society. I just remembered, what I wrote in „We and the hell„: 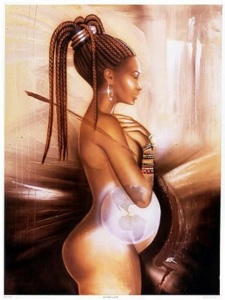 „From that time, when the human being, forced by uterine contractions and displosion of the amniotic sac is being pushed on the earth, into the so called „society“, (s)he is going through the door of first interaction with hers/his first attachment figure. For the most human beings this would be the mother. Her interaction with the new born human being is playing a big part in forming the human ability for establishing contacts and interactions. It’s the precondition for communication, empathy, sharings, searching solutions for common problems and so on… But the forming for the capacity to act on a human and social level, is starting inside the pregnancy. The fetus is loving music and is feeling happy by being petted. Therefore: In the beginning we find petting and not the word.*“

* Instead of „word“ you can use „freedom“ too… Another formulation for the labour of birth is „Labo(u)r Pain„.  But it must not be painful, if we are living inside a society which will support human lifes and welfare for every single human individual. But the precondition for it: That all resources of the global human society must be used for the life, peace and good and social livelihood and not (!) for killings and wars. AND sexuality should be done only with fully agreement and sexual satisfaction of women. Otherwise the new born will be rejected and not loved by the later mother.

Freedom has nothing to do with Germany and nothing to do with this patriarchal and imperialstic organised society, which is currently organising a global amok run of terror. War is terror, terror is war. And Germany even supported Ignace Murwanashyaka, who committed war crimes in Africa, organised from the territory of Germany.

And – because Bino wants to talk with German politicians -: First they have to make an apology for the „work“ of Bismarck, who has organised the „Congo conference“ and for the German colonialism – including the genocide of Herero and Nama– (pls. read this and this too), for … and for educating and supporting Moussa Dadis Camara, and so on…) and than we can debate with them. Otherwise we will have the permanent „animal farm“ including: All animals are free, but some are more free than others and the German ruling class will do it again and again. If we want to be free, we have to stop their warfares by creating welfare.

FIRST human beings need save and good livelihood, which is the pre-condition for freedom. Let’s struggle, to achieve it for all human beings.

We are born, to be free, satisfied and happy.

To be or not to be, that’s no question but a struggle for a good future.

2 Antworten zu Are we born free?